A smaller Piece of PiE: How can manufacturers reduce the presence of pharmaceutical ingredients in the environment?

The presence of pharmaceuticals in the environment (known as PiE) has become a global issue, with trace levels of APIs now widespread in rivers, lakes, groundwater, and, in some cases, drinking water worldwide. According to the WHO, we are now facing one of the most pressing health threats in modern times (1). As concerns grow, many in the pharma industry are beginning to re-evaluate their practices. But the challenge we must contend with is far from straightforward; rather it is a multifaceted puzzle that requires some background and context to accurately address.

APIs reach wastewater through multiple pathways – significant routes include human and animal excretion and the disposal of unused medicines by consumers. However, manufacturing effluent is another clearly identifiable point source pathway. Notably, such discharge can lead to localized hot spots downstream of manufacturing plants, which pose higher risks for aquatic organisms in the receiving water. A high-profile example is in the Hyderabad pharmaceutical cluster, where Swedish researchers found that large volumes of surface and groundwater were contaminated by antibiotic APIs (2). Ciprofloxacin was measured at up to 10,000 µg/L in rivers and 6,500 µg/L in lakes. Other studies have reported API hot spots downstream of manufacturing plants in the US, the EU, Taiwan, and Korea. Given that the problem is recognized, what factors are hindering efforts to reduce the industry’s overall environmental impact?

One of the main drivers of the problem is a lack of regulation. There are more than 10,000 pharmaceutical manufacturing plants worldwide, with 80 percent of all APIs manufactured in India and China. However, standards and reporting requirements are poorly-defined, which creates an environment where practices vary significantly – not only on a national scale but internationally. In short, it is difficult to fully ascertain the extent of the problem.

That said, some regulatory guidelines do provide limited help. For example, environmental risk assessment standards for APIs are built into new drug approvals by the FDA and the EMA. Though the intent of such guidelines is to address the environmental impact from normal prescribed use rather than actual manufacturing processes, they have been applied to manufacturing effluent in many cases. For the US, this means that Environmental Assessments (EAs) must be submitted as part of most applications for new drugs, marketing approval for existing applications, and for various other actions defined by the FDA unless the action qualifies for exclusion. Environmental Risk Assessments (ERAs), as defined by the EMA, have tighter requirements. For example, the EMA’s aquatic environment concentration threshold for exclusion is 0.01 µg/L. But even if the expected environmental concentration is lower than the threshold, manufacturers still need to complete the next phase of ERA if there is an expectation that the drug could affect the reproduction of vertebrates or lower animals.

Unfortunately, most drugs approved prior to October 2005 (when the guidelines first came into effect) have not been subject to these evaluations. There are several draft recommendations currently being considered by the EMA to not only bring these older generic drugs into the ERA framework but also to enhance the overall ERA requirements to further mitigate the potential impact on the environment and public health.

It is also important to note that, though the regulatory framework for GMP was developed to provide rigorous guidelines for pharmaceutical product quality and safety, it was never intended to include environmental criteria. And that means US and EU inspectors are unable to influence or control manufacturing discharge at pharmaceutical factories in developing countries with weak environmental standards and regulatory systems.

To be fair to the industry, even in the absence of manufacturing regulations for APIs, it is taking significant voluntary steps to make a difference. At the 2016 World Economic Forum, over 100 pharmaceutical and biotechnology companies and associations signed the Industry Declaration on Antimicrobial Resistance (AMR) as a collective commitment to combat the global threat of AMR to human health. The declaration was followed by the adoption of an Industry Roadmap for Progress on Combating AMR and the creation of the AMR Industry Alliance to research, develop, and implement solutions to address PiE. One of the outcomes of this work was the development of Predicted No-Effect Concentration (PNEC) values for APIs. PNECs are industry-recommended targets for API concentrations in water that are deemed safe for wildlife and receiving ecosystems. PNEC levels are very stringent, in many cases requiring treatment at 1 part per billion or higher. Another outcome of the initiative was the increased industry focus on reviewing and tightening API manufacturing supply chains and outsourcing standards to control the release of APIs into the environment. The Pharmaceutical Supply Chain Initiative (PSCI) also supports manufacturers by facilitating active collaboration with the AMR Industry Alliance, providing information about established PNEC values, and providing supply chain environmental audit guidance. Despite these systems being in place to help address the challenge, we need to examine the technology requirements more closely. 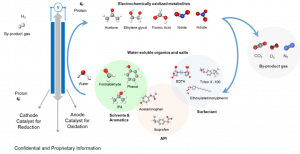 APIs are chemically stable – often recalcitrant and nonbiodegradable. In many cases, this means that conventional on-site systems installed at pharmaceutical or municipal wastewater treatment plants (WWTP) are either ineffective or unable to treat them to the levels required to minimize environmental impact. These plants rely on primary (removal of solids via screens, grit chambers, and settling) and secondary (involves the use of biological processes like activated sludge and trickling filters) treatment processes whose efficiency varies from facility to facility. For example, though bacteria in secondary processes can break down some compounds or alter them enough to render them harmless, they don’t completely remove all APIs. Some fail to be completely degraded by biological treatment while others will not degrade at all. Furthermore, some APIs are toxic and can kill the bacteria used, reducing the overall efficiency of the plant. Therefore, manufacturers must employ other disposal approaches as well as advanced treatment technologies to ensure that all APIs are destroyed before treated water is discharged into the environment. 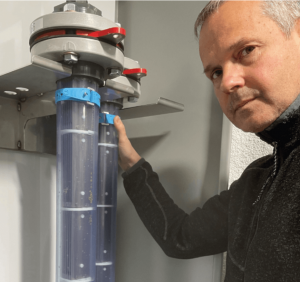 Figure 2. The redox processes at the anode and cathode of the electrolytic cell during treatment, and the transition of contaminants to intermediates and ultimately to by-product gases.

The most common approaches for addressing API-contaminated wastewater are thermal oxidation, advanced oxidation processes (AOPs), evaporation, and activated carbon. Each of these approaches has advantages and disadvantages (see sidebar). But technologies capable of in-situ treatment, destruction, and verification of virtually any API to PNEC or non-detectable limits offer a newer approach to handling manufacturing effluent. We, for example, use proprietary electrochemical oxidation technology that lowers PiE levels without producing any residual liquid or solid waste. The core of our technology is the reactor (see Figure 1), which houses several electrochemical cells, each containing a pair of electrodes selected based on the specific wastewater application. When electricity is applied to the reactor, the positively charged anode electrode surfaces, directly and indirectly, oxidizes organic contaminants through multiple oxidation mechanisms (see Figure 2). Data analytics and automation software provide on-line, remote operation, performance monitoring, and verification. Contaminants are subsequently converted into intermediates, and ultimately to carbon dioxide, oxygen, hydrogen, and other trace by-product gases, which are vented.

Evidently, there are many options for manufacturers to weigh up. However, companies need to keep in mind the fact that they will continue to receive intense scrutiny from all stakeholders including the public, government, NGOs, investors, and industry. Though the right technology will help in tackling the industry’s environmental footprint, work is required on multiple fronts to make a significant difference. We all need to consider how we will continue to contribute to environmental research and commit ourselves to monitor wastewater and water quality; developing new drugs that pose less risk to the environment; creating an environmental certification standard for APIs in manufacturing effluent, and improving supply chain reporting.

Unlike other sources of pharmaceuticals in the environment, wastewater discharged from manufacturing plants is under the direct control of the industry. Proactive management of these emissions will not only reduce environmental and health risks but will also mitigate potential future risks, such as reputational damage, access to markets, as well as legal and financial liabilities. If we can take bold steps in the right direction today, we will have fewer repercussions to deal with in the years to come.

Thermal oxidation/incineration: Trucking and incineration of API-contaminated wastewater is a well-established practice in the pharmaceutical industry. Wastewater is collected in drums, totes, or tanks, transferred to trucks, and then transported, often hundreds of miles, to be incinerated at special waste facilities. Wastewater is conveyed to oil- or natural-gas-fired furnaces and incinerated at temperatures between 800 and 1,200°C to ensure complete destruction of APIs. This approach is expensive, energy-intensive, and introduces risks associated with verifying the destruction of API contaminants. It is also frequently at odds with corporate sustainability goals aimed at reducing waste, lowering greenhouse gas emissions, and improving environmental performance.

Advanced oxidation processes (AOP): AOPs use chemicals to generate hydroxyl radicals (OH*), which oxidize APIs in wastewater into smaller organic molecules. Conventional AOPs include ozone combined with hydrogen peroxide (O3/H2O2) and ultraviolet light combined with hydrogen peroxide (UV/H2O2). AOPs can be effective at treating some APIs at low concentration but are expensive to implement and have performance limitations. One of the main drawbacks of AOPs is they are often unable to achieve complete destruction of APIs to meet stringent PNEC values and can produce toxic oxidation by-products.

In the case of O3/H2O2, ozone is typically generated on-site and is toxic, requiring rigorous monitoring and destruction. H2O2 is also a hazardous chemical with regulatory requirements for storage and handling. UV/H2O2 also requires significant upfront capital investment and has high operating costs including energy, UV lamp replacement, ballast replacement, and H2O2. In addition to the safety and regulatory considerations of H2O2, there is an additional requirement for disposing of UV lamps, which in most cases contain mercury.

Evaporation: Various types of evaporation systems use heat to reduce the overall volume of wastewater. The evaporated water can be collected as a clean distillate. However, evaporators do not treat or destroy the APIs; they concentrate the APIs in a liquid or solid waste stream that must be collected and transferred off-site for disposal and incineration. Evaporators are also capital intensive and generally suited to small-volume segmented streams. The presence of organics solvents can also be a limiting factor for the application of evaporators.

Activated carbon: Activated carbon is a media commonly used to adsorb natural and synthetic organic compounds from wastewater. In certain applications, it can be an effective treatment technology due to the highly porous nature and large surface area to which contaminants may adsorb onto the media. However, activated carbon is only effective on certain APIs and in most cases cannot reduce API levels in wastewater to PNEC levels. Like evaporation, activated carbon does not treat or destroy the APIs. The exhausted media must either be shipped off-site for disposal or regenerated on-site, which results in another API-contaminated waste stream that requires management and disposal. Activated carbon systems are also expensive to operate and maintain because the carbon media requires frequent replacement or regeneration.

Podcast: The Best Industrial Wastewater Treatment System Is The One You Forget